The jogging path, known as the Green Monster came about as part of the acquisition of an additional 120 acres of land to the southwest of West Campus.  The former Sleesman Farm was purchased in 1989, and by 1992? the paved path was available.

As Tony Wolke, Assistant Director of Physical Plant-Grounds, explained the facility was initially given the lackluster title "jogging path," Wolke explained that the nickname, Green Monster, originated when tired physical education students dubbed the 2.5 mile path "a Monster of a walk." As for the unusual green color, Wolke said that then-president Dr. DeBow Freed thought green looked much better than plain blacktop.

Over the years, outdoor lighting and benches have been added. 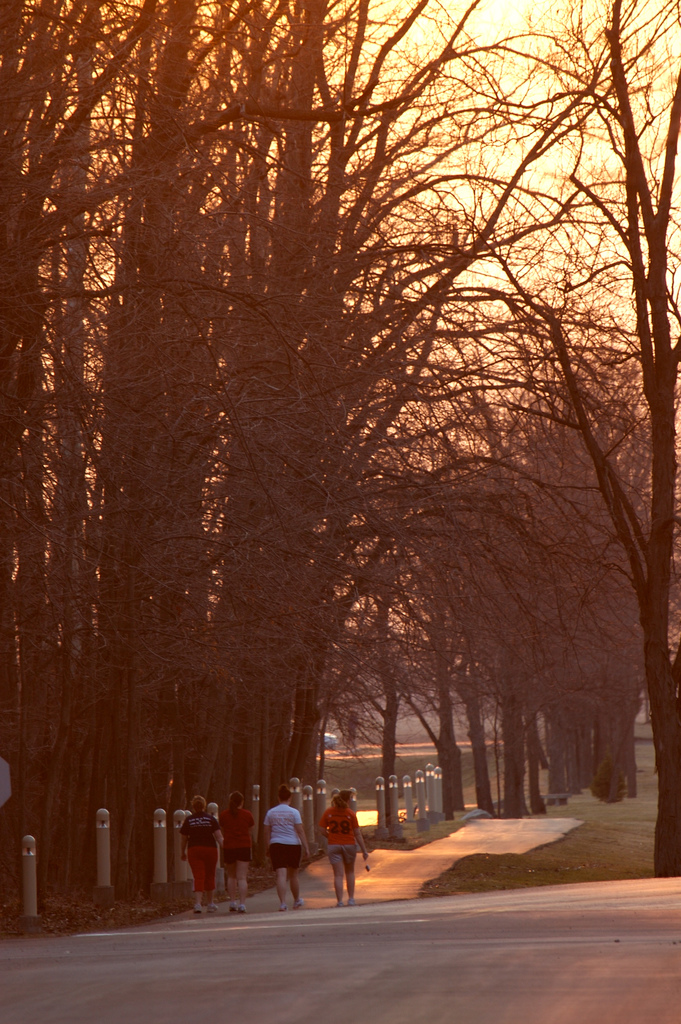