Henry Solomon Lehr arrived in in 1866 with the intention of founding an institution of higher education. He began by teaching the local elementary school with the understanding that he could also recruit older students and use the school building after regular classes. By 1870 his local reputation was established, and sufficient students were enrolled to require a larger facility.

Competition for the campus was fierce among the various sections of . Realizing this, Lehr solicited donations with the stipulation that each $20 gift gave the donor one vote on the placement of the campus. Contributors from the south part of the community won. This meant that not only was the Normal School Building the first building of the Ohio Northern University, but it also helped determine the location of the institution.

The architect for the building was C.M. Palmer of , and a Mr. Wyant of that same city was the general contractor. The first term began at Dr. Lehr’s school on , but it was not until October 16 that the was ready for the first class of 147 students. Until was completed in 1879, the Normal School Building was the only structure on campus.

In addition to classrooms and offices, the housed the meeting hall and library of the Adelphian Literary Society. In the 1880’s, newspaper articles mentioned the existence of a university reading room of unspecified extent. By 1911 this had expanded into a library that occupied the entire first floor.

The Normal School Building might have continued to serve the university, but in Spring 1913 it was decided to erect Lehr Memorial along . As the oldest and smallest structure in the area, the had to go.

Demolition began in late October 1913, but a part of the Normal School Building survived. In May 1914 the corner stone of the new Lehr Memorial was laid. The stone itself was carved from the stairs of old Normal School Building. The principal speaker at the event was former Northern student and later faculty member, Governor Frank Willis. He clearly grasped the significance of both the stone and the occasion when he noted  “The stepping stone of the old has become the cornerstone of the new.” 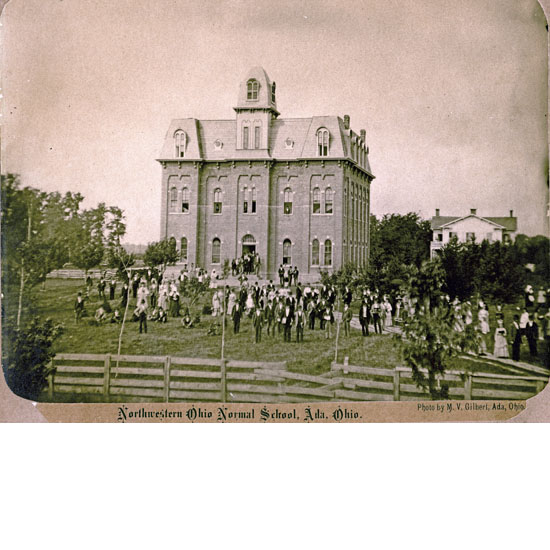 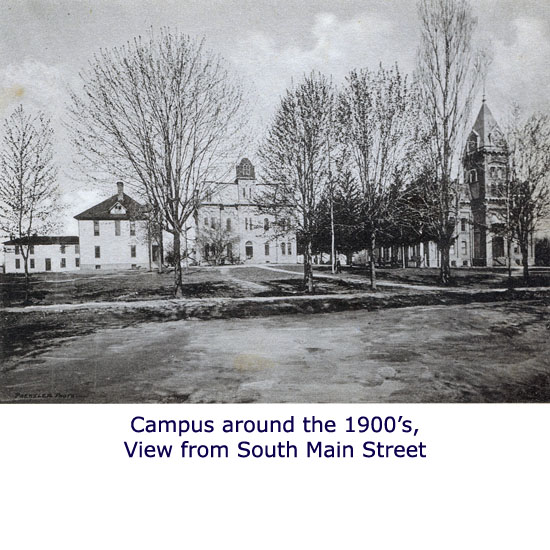 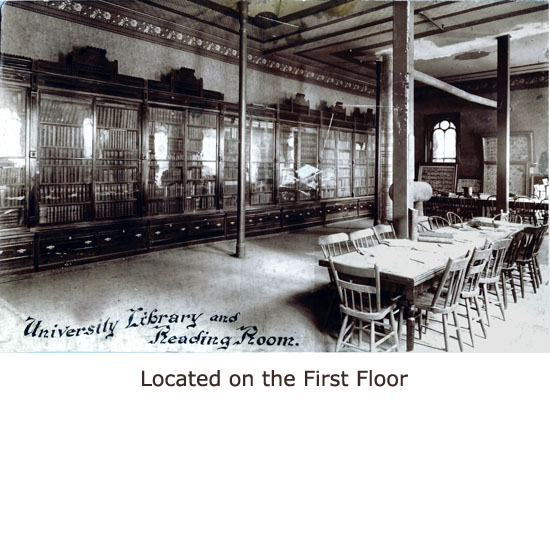 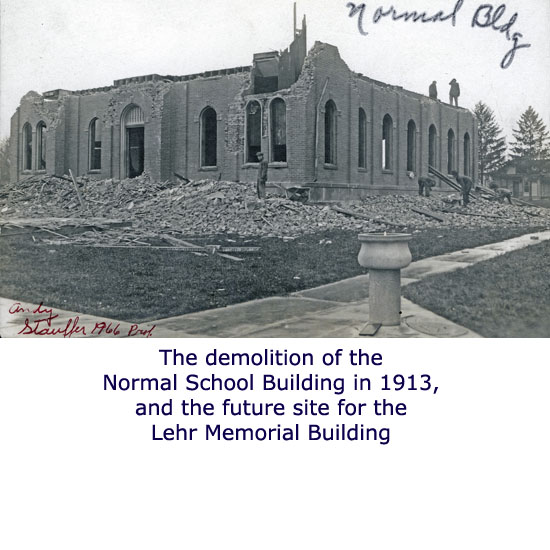