The Robertson – was named in honor of James D. Robertson and Thomas J. Evans, two pharmacy alumni who contributed generously to improving the .

Prior to the construction of Robertson – Evans, pharmacy classes had been held in several buildings. In 1894 a two-story frame structure was erected behind the Normal School Building where it stood until 1909. At that time it was moved to the southeast corner of and and given a full basement. This building was used by the until the mid-1930’s. At that time, classes were moved to Dukes Memorial.

By the 1960’s it was obvious that Dukes was no longer adequate for the growing  pharmacy program, and in 1964 the university’s board of trustees approved the construction of a new building on west campus. Groundbreaking ceremonies were held at Homecoming in October 1964, and the first were held in Robertson-Evans on . The formal dedication ceremony took place on .

The building, as originally constructed, had a total of 45,290 sq. ft., 18,433 sq. ft. on each of the first and second floors with a 8,424 sq. ft. basement. The total cost for the project was $1,450,000. The architect was the firm of Hellmuth, Obata and Kassabaum, Inc. of . Engineering work was done by R.W. Booker & Associates, also of . The Peterson Construction Co. of Wapakoneta, served as the general contractor.

The building was expanded by the Pierstorf Annex, dedicated on .

The 3,000 square foot, two story addition is located on the east side of Robertson- Evans. The annex was named for Dr. Clarence H. Pierstorf and Dr. & Mrs. Ervin W. Pierstorf and houses a computer lab, a student lounge and the pharmacy museum.

Thomas J. Evans received a PHG degree from Ohio Northern in 1894. He moved to at age 20 and subsequently owned the two Evans Drugstores in downtown . At the time of his death on , he had contributed $350,000 to the university, including $100,000 for the construction of the new pharmacy building. 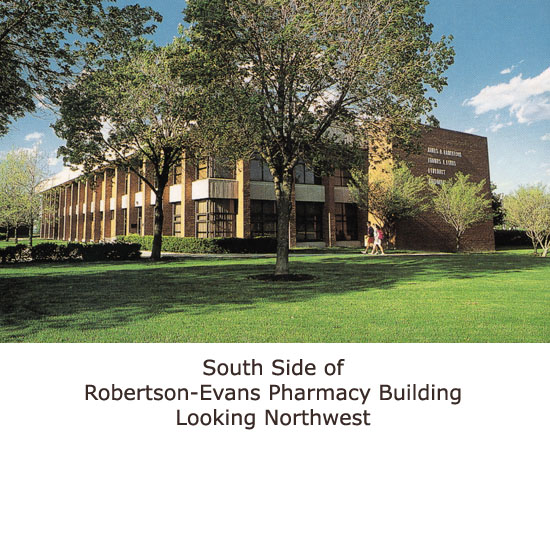 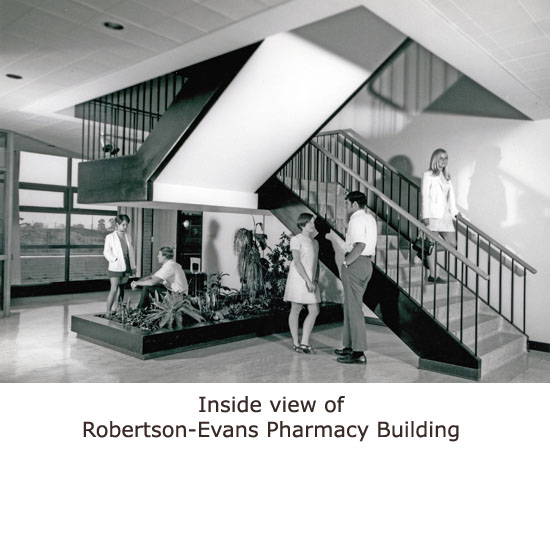 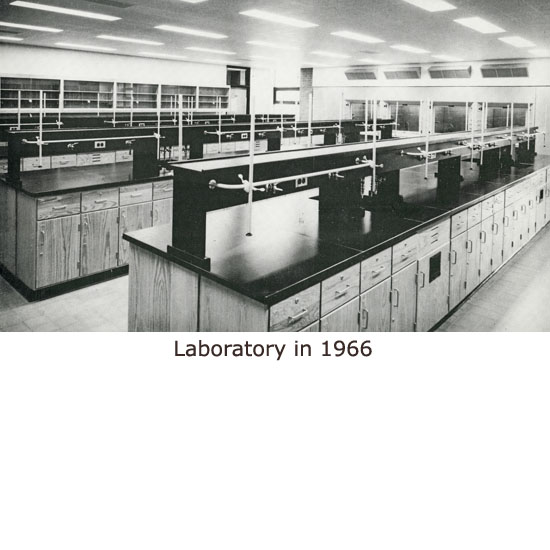