The Martin Luther King, Jr. statue is on the south-east corner of the former Taft Gymnasium. It was dedicated on April 2018 to commemorate the 50th anniversary of Dr. King’s January 11, 1968 appearance at Ohio Northern. As part of the university’s Religion in Life program, Dr. King delivered a speech to those in Taft Gym and, via a remote hookup, to an overflow crowd in Lehr Auditorium. 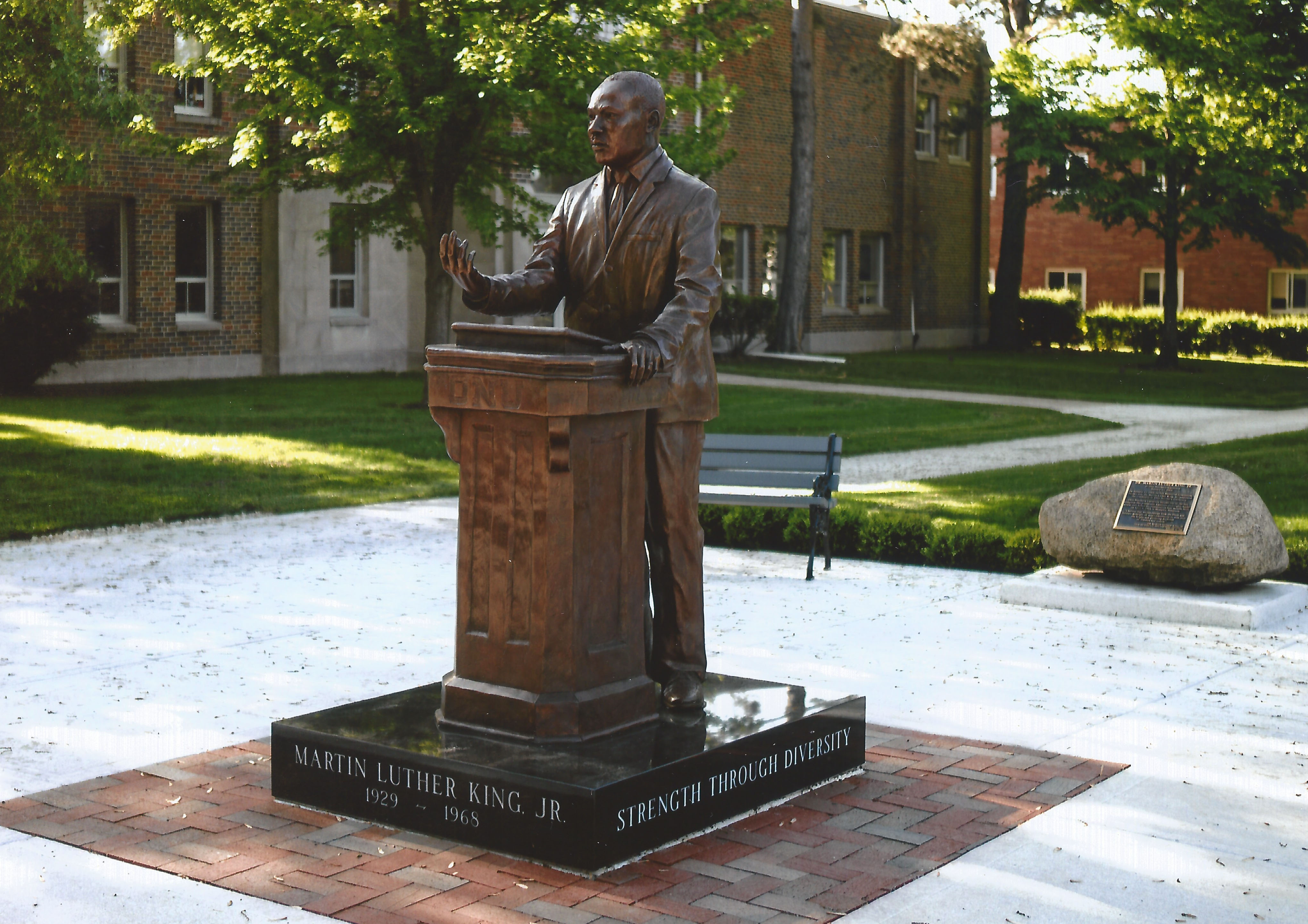