Under President Belt's istration (1900-1905) athletics began to receive considerably more support than previously. Not until the final year of Dr. Lehr's istration was the need for a gymnasium was discussed, and even then it was seen as much as a facility for the benefit of the military department as for sports. President Belt, by contrast, purchased in 1903 the former Tri-county Fair Grounds on the southeast corner of the village.

This extensive plot had been used as a fairgrounds between 1883 and 1901. In 1902 it was sold to a local resident, Henry Young, who in turn sold it to Ohio Northern. The northern end of the grounds was sold for building lots and the balance was made into an athletic facility called Alumni Field.

Contemporary descriptions of Alumni Field provided from university catalogs note that facilities were available for baseball, football, lawn tennis and track. No mention, however, was made of a stadium, though some photographs suggest that simple wooden bleachers were provided.

In the spring of 1911, Ohio Northern established a . The college's farm initially consisted of a parcel of 50 acres on what is now the university's west campus. In 1916 an additional 40 acres were purchased. This land was retained when the college was discontinued in 1923.

After the purchase of the university farm, a part of this land was set aside for athletics, and by 1918 Alumni Field had been abandoned in favor of this new site. The entrance was two blocks west of Brown Hall next to the current Taft Memorial and fairly near the railroad tracks. It was hoped that a suitably imposing sign could be erected marking the entrance since its being visible to railroad passengers would provide additional advertising for the school.

Plans had been made for improved outdoor athletic facilities at Northern since at least 1916. Although preliminary planning began that year, the project was shelved during the war. By November 1920, however, the school was able to begin work on a baseball field with bleachers. assisted in the early part of the project. Later, a football field with a 198-foot section of bleachers was constructed in time for the fall 1921 football season. again worked on the facilities, this time with 25 helping to construct the bleachers. The following spring, a cinder track was added around the gridiron and ground was being leveled for a tennis court. The university’s athletic fields were located on this site until just after World War Two.

Use of the area for athletic purposes ceased shortly after war’s end. The G.I. Bill allowed many students to attend college, and enrollment at Northern soared. To house these new students, many married, several trailer parks were established on campus, including one on the athletic fields. Fortunately at this time, the citizens of   were considering ways to memorialize their local servicemen. Their decision was the current with its stadium. Northern arranged to use the stadium in return for financial assistance in maintaining the facility. This mutually beneficial arrangement lasted from 1947 to 2004 when the present Dial-Roberson Stadium was opened on ONU’s west campus..

The new facility was completed in two stages as funds became available. Preliminary planning was underway by February 2000 which permitted phase one to occur during summer 2002. This involved grading the site, installing utilities and some preliminary construction. Phase two of the project began in April 2004 and resulted in a 20,000 square foot facility just east of the existing track. It houses a football stadium, weight rooms, locker rooms and a concessions area. The new stadium was dedicated during the game on .

The principal contractor was Corna-Kokosing, Inc. and the Planner/ Architect was Miller-Lecky Architects, Inc.

Coach Arden “Stretch” Roberson, was born in , to and C.C. Roberson. The family moved to in 1938 and graduated from Ada HighSchool in 1943. He attended OSU during the summer of 1943 and was enrolled at Ohio Northern during the fall and winter quarters of 1943-44. Coach Roberson served in the U.S. Navy until spring 1946. He received a BS in Education from Ohio Northern University in 1949 and an MA in Education from Kent State University in 1956.

James Dial graduated from ONU in 1957 with a BA in Education, and Nidrah Roberson Dial received an AA degree from Northern in 1958. 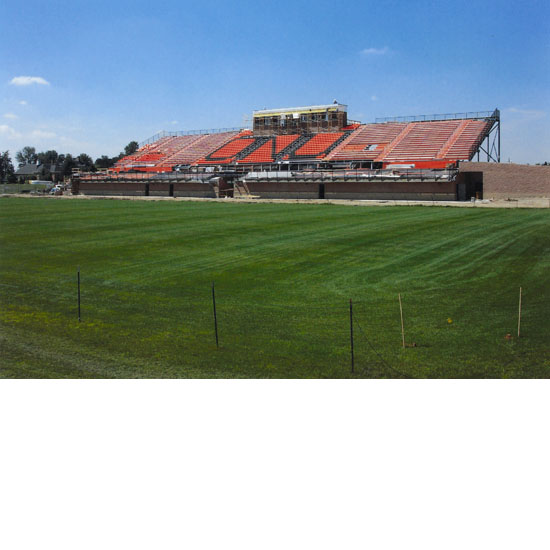 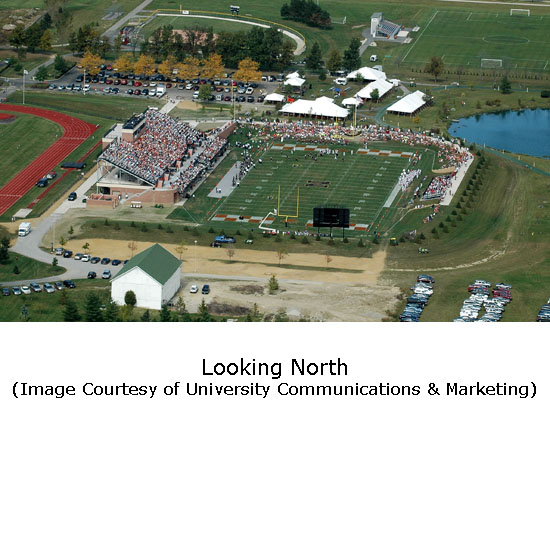 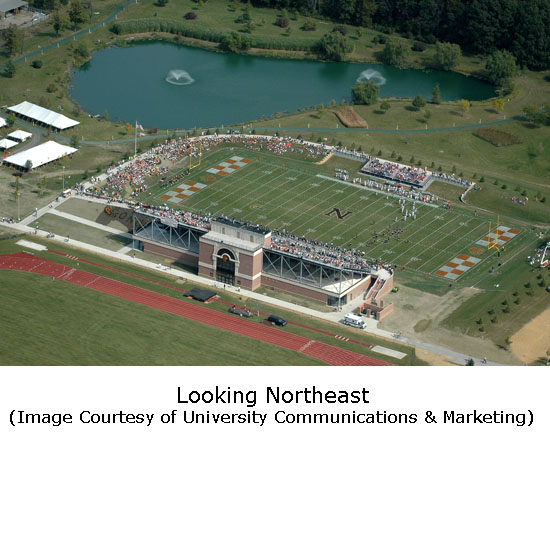