The Schoonover Language Laboratory was made possible by a gift from Thomas R. Schoonover, President of City Loan and Savings Company of and area philanthropist.

The facility originally consisted of 24 semi-soundproofed carrels, each with a tape recorder, microphone and headphones. Other audio equipment was also available. The laboratory was originally located in Presser Hall and was dedicated at homecoming on . In 1972, it was moved to Dukes Memorial. During the summer of 1998 the lab was converted to a multimedia classroom.

Thomas R. Schoonover was born in to John T. Schoonover and Laura Gibson Schoonover. The family moved to in 1892, and he attended schools in St. Mary’s, graduating from St. Mary’s High School in 1905. He later attended the .

In 1907 he entered the banking business as an employee of the First National Bank of Wapakoneta. Two years later he was employed as a cashier with the Kingsman Plough Co. in . In 1912, he and his father founded the City Savings and Loan Co. in Wapakoneta, and in 1915 he became the president of the company, a post that he held until his retirement in 1957. He married Helen Wemmer in 1917 and died .

Mr. Schoonover’s philanthropies included ’s and Pool. At the time of his death, a substantial sum was bequeathed for improvements to the park. Local colleges, including Ohio Northern, and some 20 high schools also received funds. 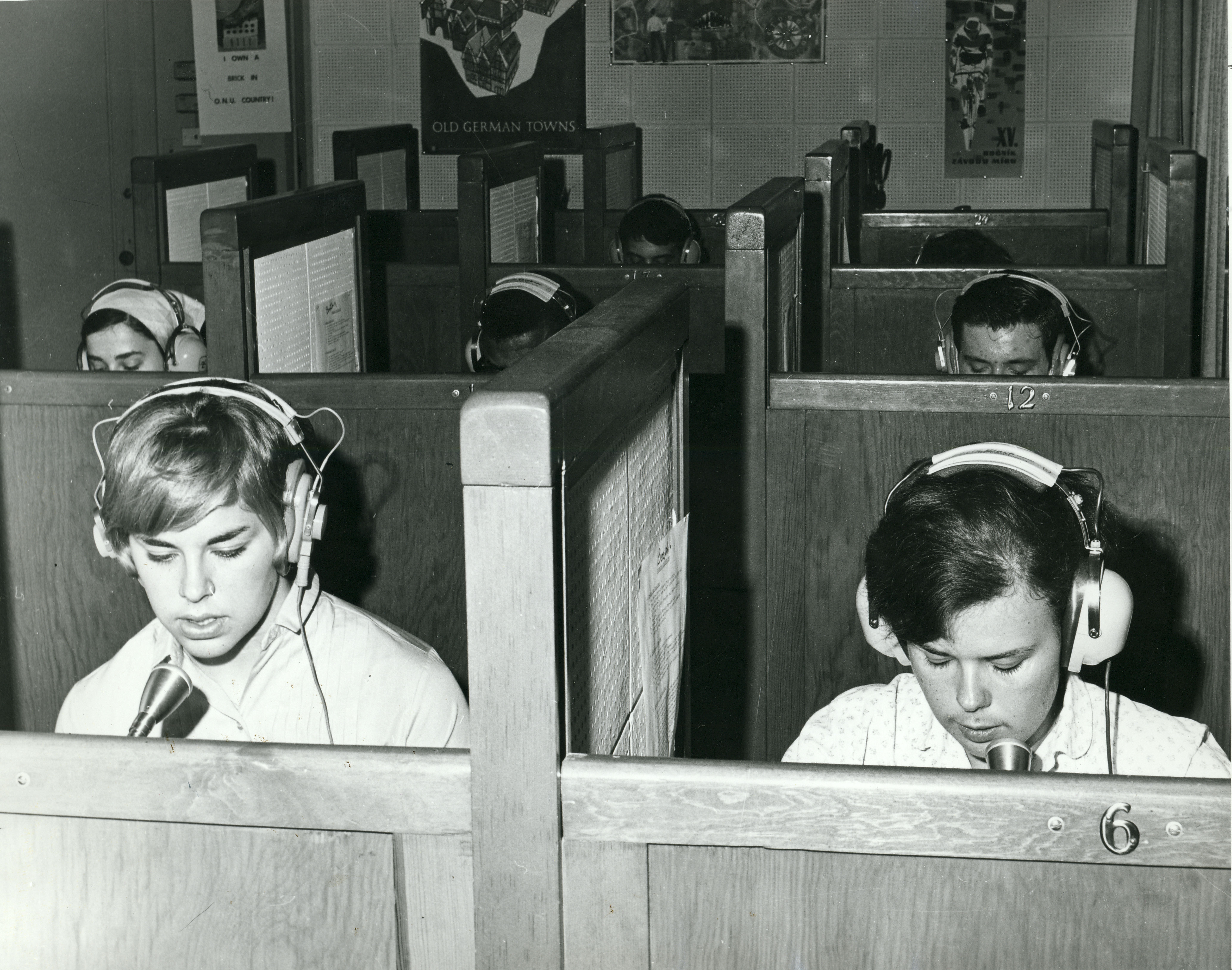