The ‘Flame of Unity’ sculpture between Heterick Memorial Library and the was dedicated on . As Pres. Samuel L. Meyer noted in his  commemorative speech:

Today we are met to dedicate an inspirational place, the corten-steel “Flame of Unity,” eight feet high, presented to by Dr. and Mrs. Calvin G. Jackson, of Kenton.

The Corten-steel flame, rising from the walk, and the stainless steel cross, rising from the tower of the new , together represent the new insigne of the . That Insigne, combining the Christian symbol of the cross with the flame, related the church to God the Father by way of the second and third persons of the Holy Trinity – God the Son, symbolized by the cross and God the Holy Spirit, symbolized by the flame. The insigne was adopted on , by the Division of Interpretation, a part of the Program Council of the .

The new insigne is described in these words in the Methodist Spotlight, volume 12, no, 10, November 1968:

While not so commonly seen as some other Christian symbols, the flame has rich connotations. As one of several representations of the Holy Spirit, it is associated especially with Pentecost, when witnesses saw ‘…tongues as of fire, distributed and resting on each of them’ (Acts 2:3).

It is most appropriate that symbols representing the insigne of the should be placed on the campus of .

The location of the flame has some symbolic meaning also. It is mounted in concrete approximately half-way between the Heterick Memorial Library and the . Engraved in the base of the flame are the words of John Wesley, who in both England and America laid the foundation for The Methodist Church, words which should have so much meaning for all who traverse the campus of this Methodist-owned university: “Let us unite the two so long divided – knowledge and vital piety.” These words, spoken by John Wesley as a prayer at the opening of the in 1739, set forth the twin objectives of Methodist Institutions of higher learning: the intellectual and the spiritual. Placed where they are, the words of Wesley direct attention to the library, the House of Knowledge, and to the sanctuary, the house of God.

Dr. Calvin G. Jackson was born in on . He graduated from in 1921 and attended Ohio Northern between 1921 and 1922. For the next two years he taught in a one-room rural school before returning to ONU. He graduated in 1927 from the with a bachelor’s degree.

From 1927 to 1931, Dr. Jackson was enrolled in the at from which he received an M.D. In 1931 he also was commissioned as a first Lieutenant in the Army Medical Corps.

He was called to active duty in February 1941, and was a P.O.W. in the for 3 ½ years. He described experiences Diary of Calvin G. Jackson, M.D.  Dr. Jackson retired from the army in December 1953 and practiced dermatology in until his retirement in 1986. He died at .

Mrs. Marjorie Ramga Jackson was born in , in 1906 and received her bachelor’s degree from in 1940. She taught English in , Wapakoneta, and high schools for 24 years. 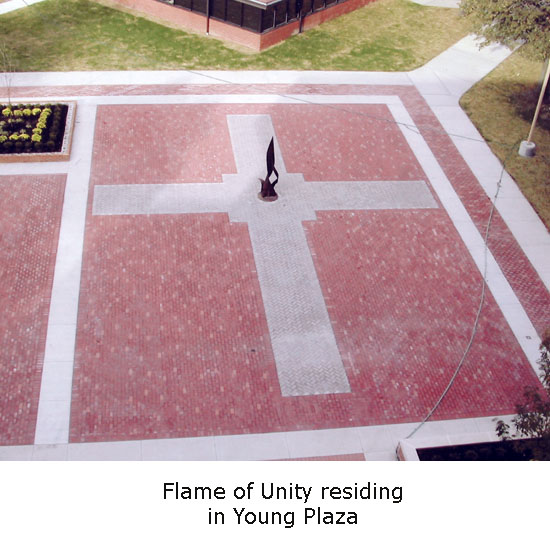 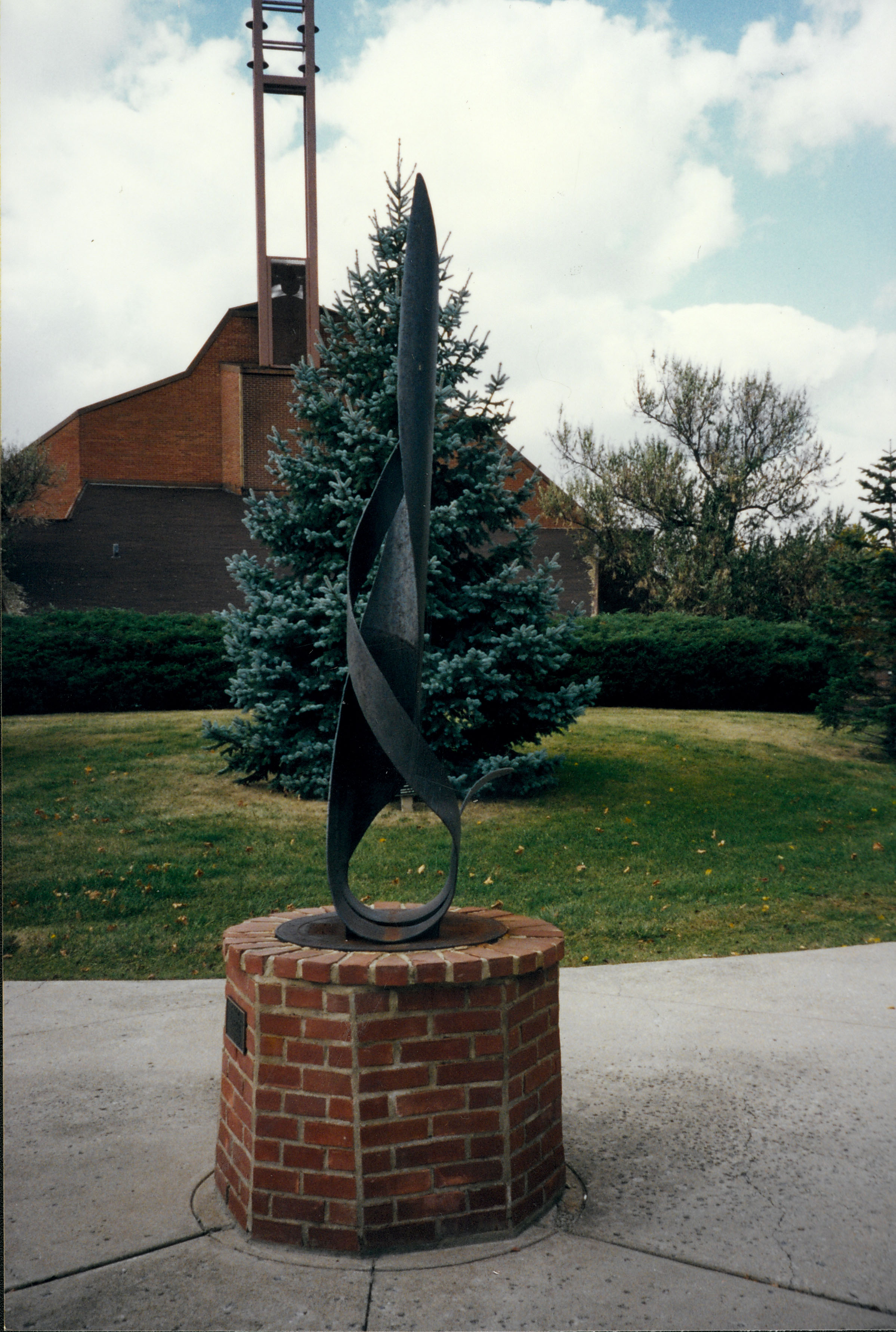