The last structure of the Lehr era, Pharmacy Hall, was constructed in 1894. It was a modest two-story frame structure located behind the where it stood until 1909. At that time it was moved to the southeast corner of and . In the process, an additional floor, a semi-basement, was added.

The exact arrangements for financing the project are not clear, but apparently none of the appeals to the local population previously used to finance the and the were employed. Although adequate for the , it compared poorly with the much grander .

In addition to the 's laboratories and classrooms, it also housed the Adelphian Literary Society’s  meeting hall on its third floor after the demolition of the Normal School Building in 1913. By the 1930’s, however, the building had become an eyesore and a potential fire trap. In 1934  Pharmacy Hall was closed, and the College of Pharmacy was moved to Dukes where the departments of chemistry and mathematics were also located. Early in 1937, the old pharmacy building was razed. Its site is currently occupied by university parking. 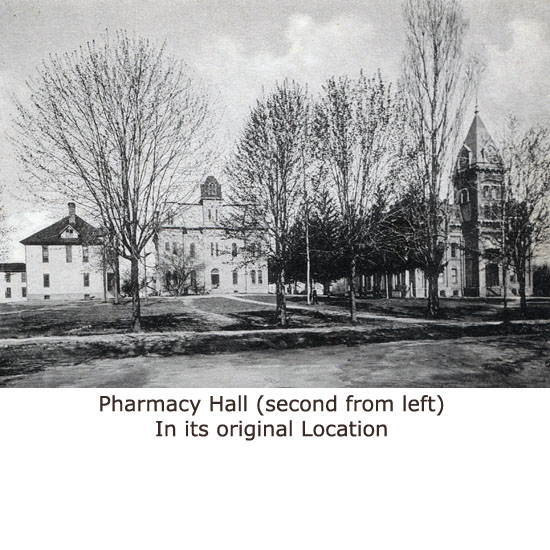 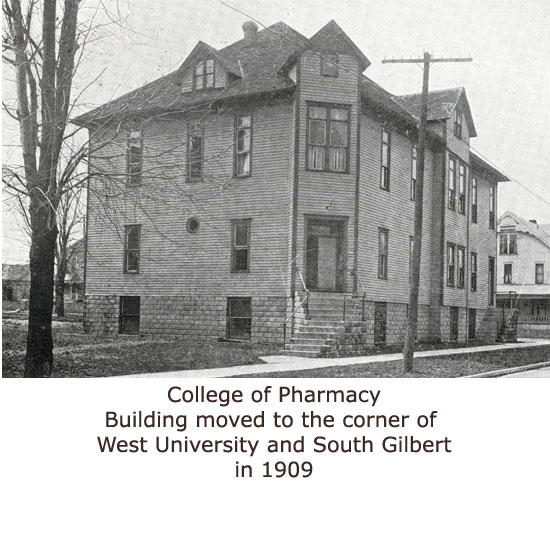 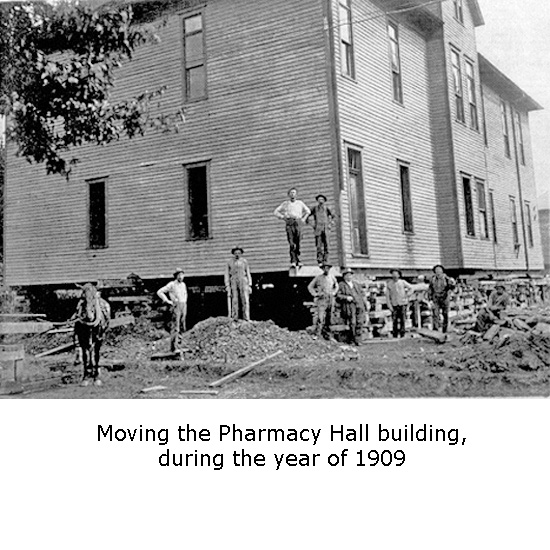 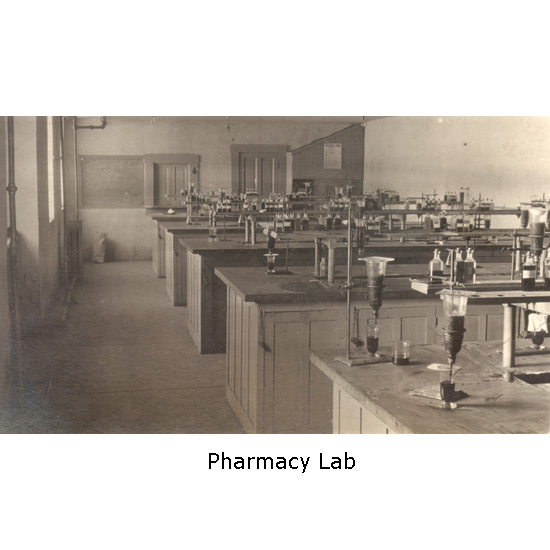