Dukes Building was named for Louis Dukes, a prosperous farmer in Hancock County, who provided funds for the structure. It was also the first building to be erected on campus after the departure of the school’s first president,

Lehr’s successor, Dr. Leroy Belt, a Methodist minister, was presumably able to use his church connections to approach Louis Dukes, who was also a member of the . In January 1902, Dukes offered $10,000 for a new building on condition that local donors contribute an equal sum. Sufficient funds were raised to permit the building’s cornerstone to be laid on . On the first classes were held. John Burnhart of , was the contractor, and John Chapin of was the architect.

The of enjoyed the longest tenure in Dukes, occupying space there from 1934 until 1966 when the present was opened. Over the years several renovations were carried out with the one in 1951-52 being the most extensive. At that time, an addition to the rear of Dukes was completed that housed an animal laboratory and restrooms. The addition was removed in May 1994.

The departure of the in 1966 allowed the Chemistry Department to move from the first to the second and third floors. English was then given the first floor. Chemistry remained in Dukes until the completion of Meyer Hall of Science in October 1970

In 1971 the Education Department moved from Brown Hall to the third floor of Dukes, its current location. That same year, the Dept. of Modern Languages also relocated to Dukes. In 1974, the department’s Schoonover Audio Center was moved from Presser Hall to Duke’s second floor.

By the early 1990’s, it was apparent that an addition to Dukes was need. Work on this project began in May 1994 with the removal of the old animal lab. The new space included classrooms, restrooms and an elevator and was  dedicated in May 1995 in honor of Prof. C.H. Freeman, a former faculty member.

Fall 2002 saw the groundbreaking for yet another classroom addition to the west end of Dukes. This section, The Cornetet addition, was completed in Fall 2003.

Louis Dukes was born in Franklin County, Ohio on to Richard and Mary Dukes. The following year, the family moved to in . In April 1848, Mr. Dukes married Laura Spangler. The couple had four children, and Mrs. Dukes died in 1901. Mr. Dukes served as a university trustee between 1899 and 1904. He died at his home on . 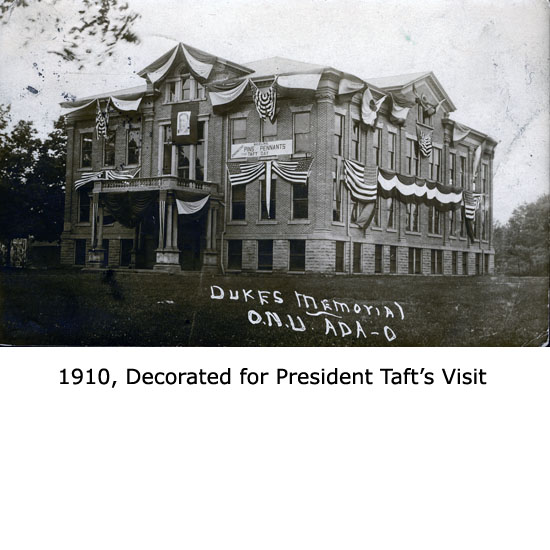 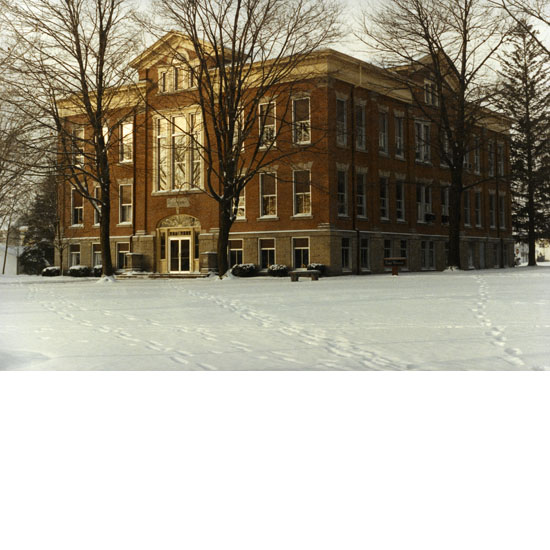 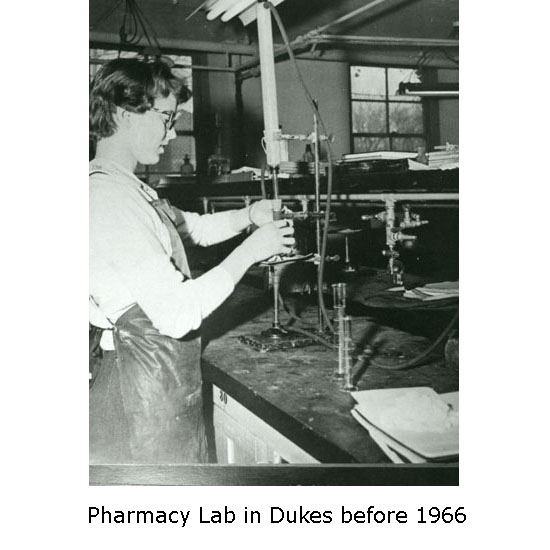 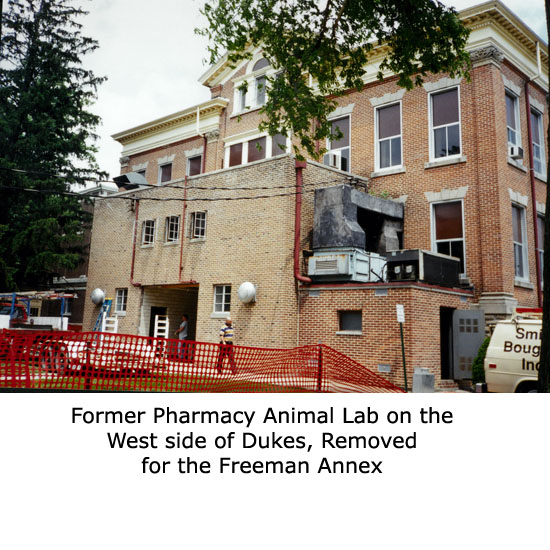 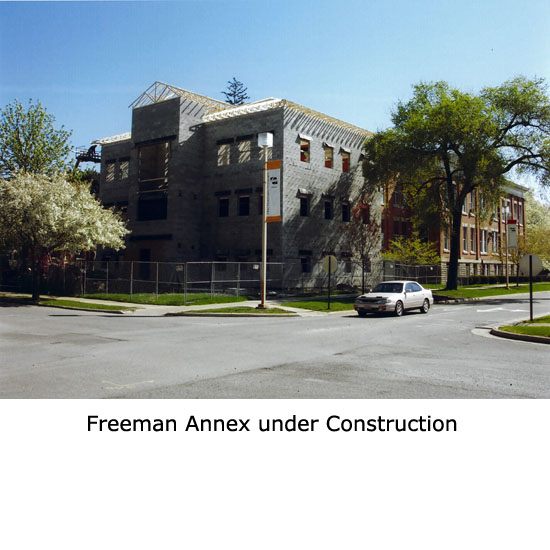