, originally known as the , was named in honor of John Wesley Hill, an itinerant Methodist minister at the urging of his son, also a preacher and also named John Wesley Hill.

Hill was built in 1879, and in its early years, it held classrooms and istrative offices. The halls of the Franklin and Philomathean Literary societies were located on the third floor.

On , at around the building caught  fire. Illumination at that time was provided by oil lamps, and a student had decided to dip into the faculty's oil barrel stored in the building's basement. He lit a match to see if his can was filled, blew it out (or so he thought), and left. The resulting blaze had a quantity of waste paper and kindling, as well as the better part of a barrel of oil and approximately 30 tons of coal, on which to feed. A combination of fervent prayer by the president and vigorous pumping by the local fire brigade saved the building. Despite the apparent severity of the fire, the harm was largely limited to smoke and water damage, most of which was covered by insurance.

Unfortunately, on , a far more destructive fire was detected around which reduced the building to its outside walls. Shortly thereafter, it was decided to rebuild the structure. This involved decreasing the building’s height to two floors and erecting an internal iron frame to carry the load of the floors. This work was completed, and the new building was dedicated in October 1914 as Hill Memorial.

In 1922 a power plant was added at the rear of . Heat for the campus had been provided for several years by a small steam plant behind Hill. In 1914, two gas-powered generators had been added, but by 1922, this facility was inadequate. The university's generating capacity was more than doubled to 100 kilowatts, and extra heating capacity was included to handle several buildings under consideration. The plant began operation in November 1922.

The university catalog of 1929  noted that Hill housed the administrative offices of the and Education and the Alumni Office.  In 1931 they were joined by the YMCA.

The moved into Hill in 1936. The Alumni Association remained along with the Physics Dept. and  “ …some other departments of the .” In 1953 the of moved to the former several blocks north of campus. This provided space for the Biology, Physics and Mathematics departments in Hill.

The opening, in 1970, of the Meyer Hall of Science allowed the biology, physics and mathematics departments to leave Hill. Their place was taken by the  Dept. of Business Admin. & Economics and the History & Political. Science Dept.

During the summer of 1986, the recently-established was moved to Huber, and the Sociology and Psychology Dept. was transferred from Huber to Hill. In the 1990’s an elevator was added to the rear of the building.

Uo to 2003, the building’s basement was occupied by the university print shop, the first floor by the Sociology and Psychology Dept. and the second floor by the History, Political Science and Criminal Justice Dept.

John Wesley Hill was born in January 1831 in . When he was three his parents moved to Allen County, Ohio. The following year, the family moved to a farm about three miles east of the in Van Wert County, Ohio. Hill’s first schooling was in a neighbor’s kitchen for three months during the winter.

At an early age, Hill recounted how he felt drawn to preaching and practiced by addressing the trees in the forest surrounding the family farm. Although he began his career in the United Brethren, he converted to Methodism after some fourteen years. He married Frances Emma Graham December 30, 1853 with whom he had three children. Rev. Hill married Elizabeth Hughes, a school teacher at , July 31, 1862. He and his second wife had four children.

During his career as an itinerant preacher, which spanned more than fifty years, he became a clergyman of considerable renown, preaching in , and . In 1895 Rev. Hill retired to . On January 22, 1913, he died in New York City where he had gone for medical treatment. 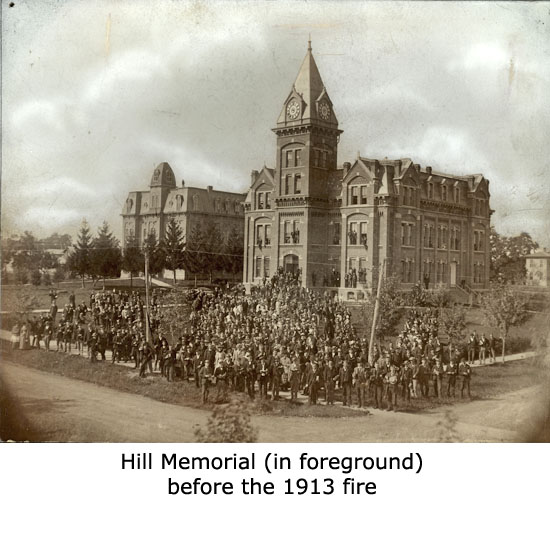 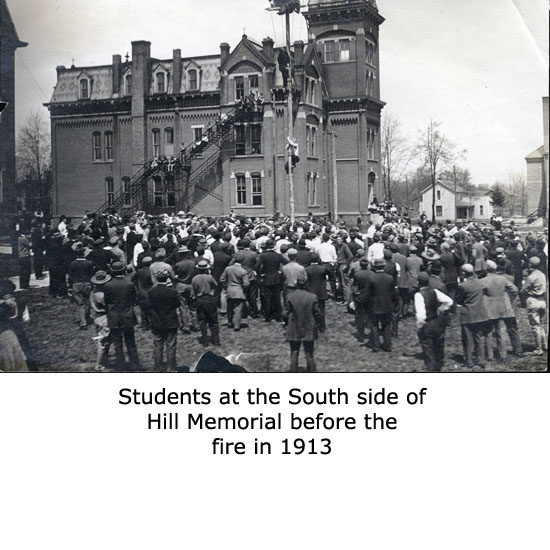 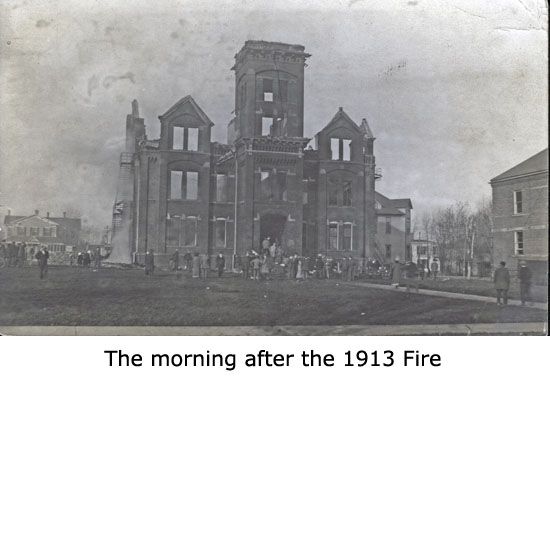 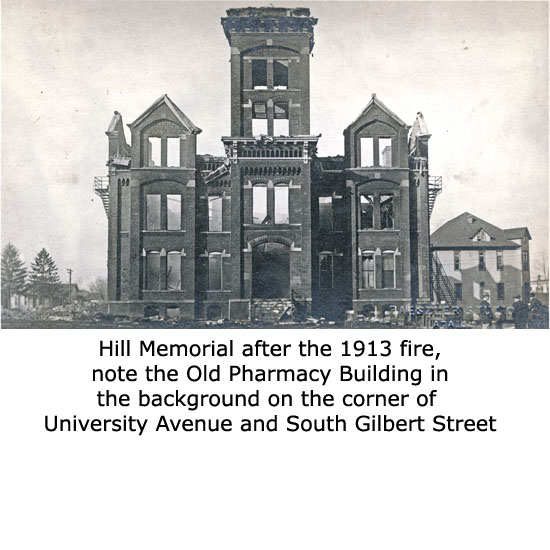 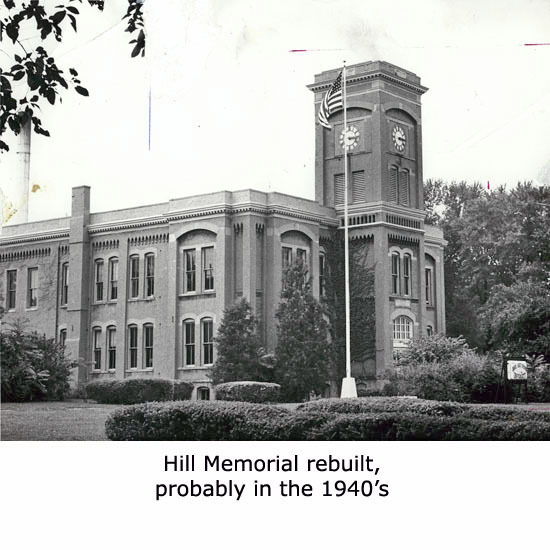 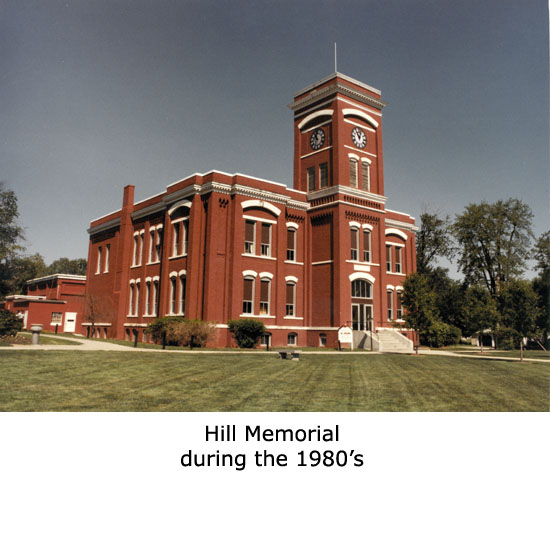 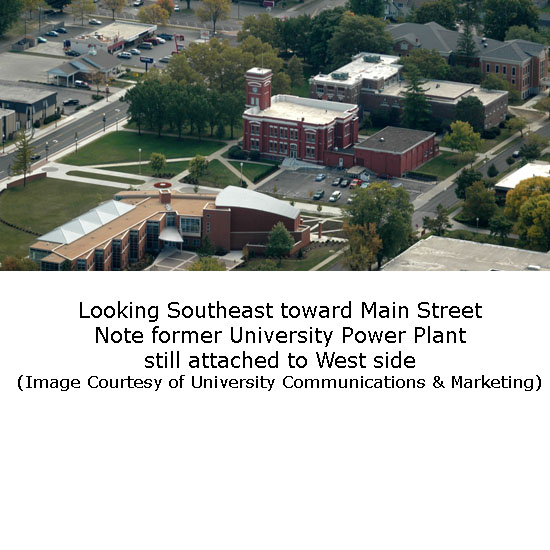