Park Hall, the east wing of Founder’s Hall, was named after Prof. John Gamble Park, a faculty member, istrator and trustee during the school’s early years.

The contract for Park Hall and what was eventually known as Brookhart Hall was announced in February 1966. The project’s contractor for both structures was the A.E. Knowlton Construction Company of   the heating sub-contractor was Bougham Brothers, Inc., and the electrical sub-contractor was Reynolds Electric, both of Lima, Ohio.

was born near in . He attended Dr. Lehr’s “select school,” the predecessor of , in 1868 and later joined the faculty. On , he married Lida Wilson.

was also associated with numerous business endeavors in . In the Spring of 1879, he and his brother acquired a large brick warehouse. In 1885, Park Bros. and a James Shaw purchased the Ada Flowering Mill which they ran for roughly a year. Prof. Park sold his warehouse interest in 1885. In later years, he was a director and stockholder of the Liberty Bank.

Prof. Park died on and was buried in ’s Woodlawn Cemetary. 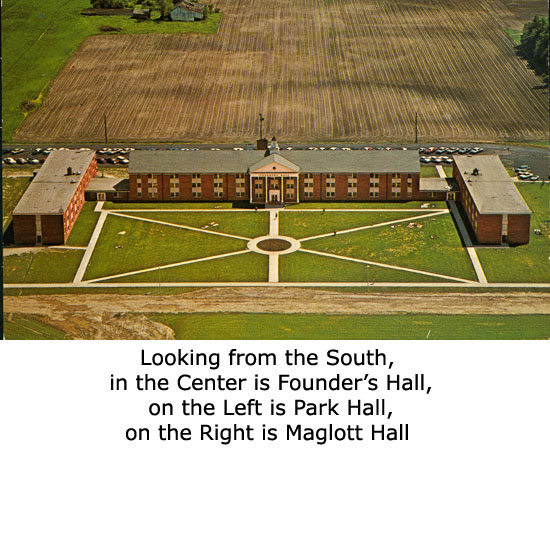 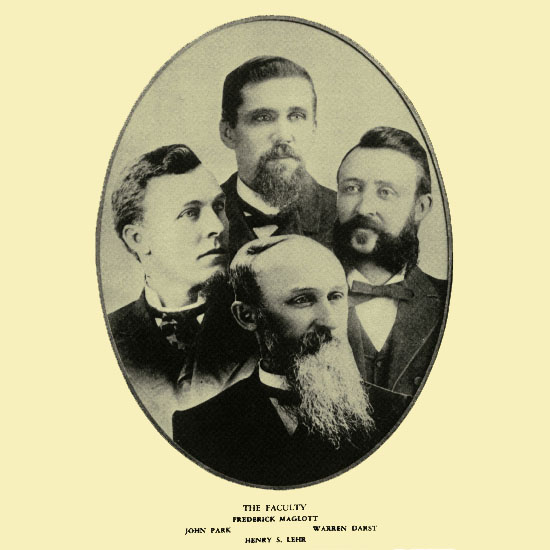