The General Contractor for the project was Charles Construction Services of Findlay, Ohio, and the architects were Miller Lecky Architects, Inc. of Columbus, Ohio.

The university acquired the building site in 1997. At that time, it was occupied by the University Place Apartments, a retirement facility. The apartments were purchased with the understanding that residents would remain, but that as units became vacant they would be occupied by students. Demolition of University Place began in 2007 and was largely complete by August of that year. By January 2008 work was well underway on the Inn’s foundations, and by May most of the building was under roof. The Inn was dedicated on October 10, 2008 with a ribbon-cutting ceremony.

As construction of the Inn was being completed, work was underway to demolish the old Union Square Apartment complex located immediately to the south of the Inn.

The Inn at Ohio Northern University Facility has 75 guestrooms, conference facilities and numerous other amenities. 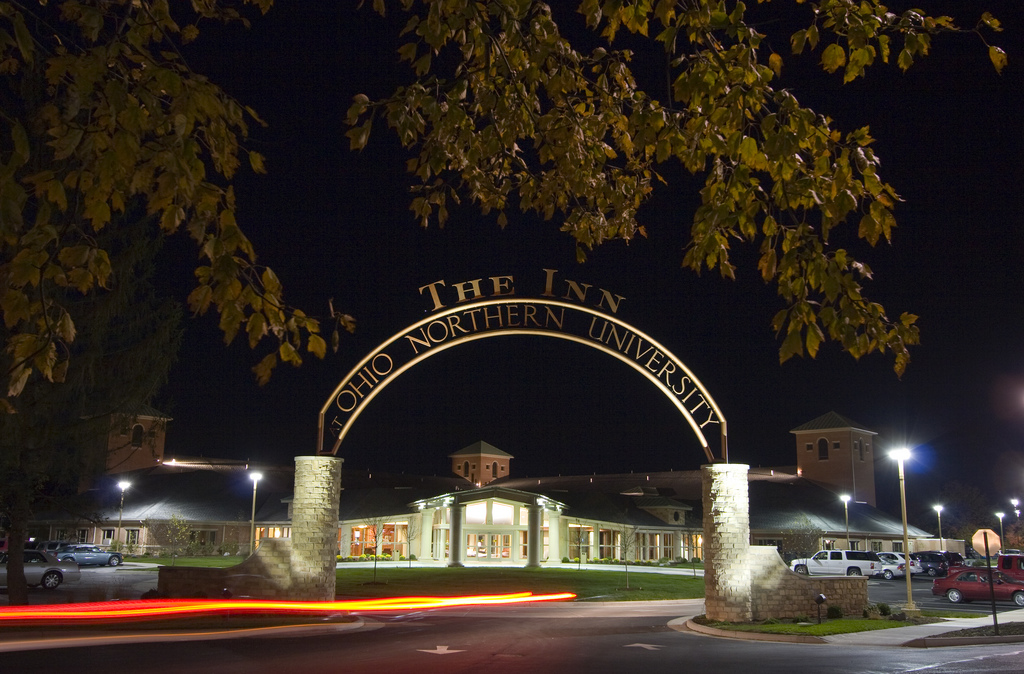