Clark Hall was named for John H. Clark, a graduate of the university’s college of law. Clark Hall is significant as the first purpose-built dormitory at Ohio Northern. Prior to the construction of Clark, students either lived off campus in rented rooms or resided in one of the converted houses used by Northern to house women students. After WWII, the university also employed war surplus trailers, but none of these expedients were satisfactory.

Matters were brought to a head on by the destruction of Turner Hall, one of the converted houses for women. As one of his final efforts before leaving office, Pres. McClure proposed a new women’s dormitory to the trustees. They agreed, and by that fall all the necessary lots had been purchased.  In

November it was announced that Campbell & Co. of Lima,. had been awarded the contract for the building. The architect was Albert Traver of

Clark Hall was dedicated during Homecoming 1950.

At its inception, the building's first floor was designated a student union, a facility for which there had been considerable agitation. A second floor, added in 1951, was to house approximately 30 co-eds until a larger dormitory could be completed. At that point the second floor would be occupied by male students. As it turned out, the entire structure was designated a women's dormitory, and the student union was omitted.

The change was prompted by the outbreak of the Korean War in June 1950. As President McIntosh observed:

It soon became increasingly clear that the international situation was becoming increasingly serious, and that a girl's dormitory would not be a possibility in the immediate future. With the military situation becoming as tense as it has become, it also became evident that Ohio Northern must make every effort to increase her enrollment of young women at all costs.

During WWII, the university faced a severe decline in enrollment. Faced with the possibility of many male students again being eligible for the draft, the need for a student union suddenly became less pressing.

Clark Hall has been redecorated and renovated over the years to keep current with student needs. In 1991 the first floor lounge was remodeled, however as additional and improved housing became available, Clark was converted to non-residential uses. The building was removed in June 2018.

Mr. Clark was born on in Marion County, Ohio. He attended country school until he was eighteen when he started to teach. Mr. Clark enrolled at ONU in the college of law in the Fall of 1898 and graduated the following year.

He began his legal career in in July 1900. In 1904 he was elected Prosecuting Attorney of Marion County after a campaign of 1300 miles on a bicycle. He ran unsuccessfully for Congress in 1914 and 1916 as a Republican. 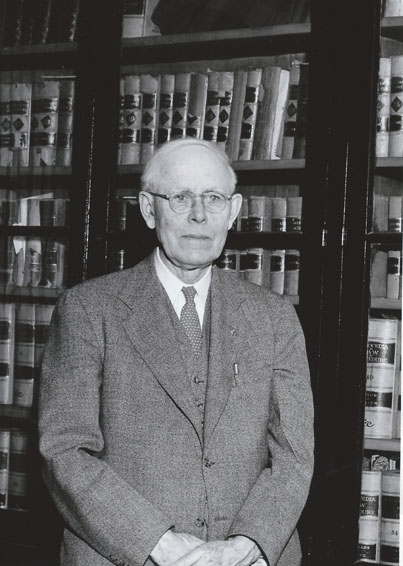 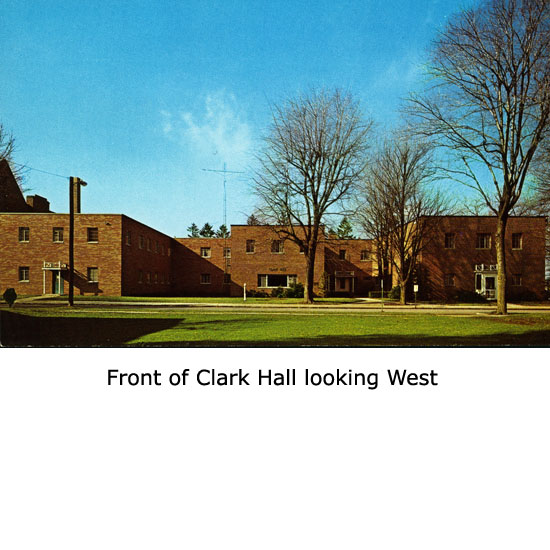