has had stadium facilities in several locations. The last, prior to the opening of Dial Roberson Stadium, was ’s War Memorial Park Stadium.

Under the university’s first president, Henry Solomon Lehr, athletics were not extensively supported. His successor, President Belt, in contrast, purchased the former Tri-county Fair Grounds in 1903 on the southeast corner of the village.

The northern end of the grounds was sold for building lots and the balance was made into an athletic facility called Alumni Field.   Not only did this provide new area offer playing fields, but it also allowed students in the military department to drill off campus. Their constant marching had reduced the lawn fronting to tatters.

In the spring of 1911 the university established a . The college's farm initially consisted of a parcel of 50 acres on what is now the university's west campus. In 1916 an additional 40 acres were purchased. As with many such academic experiments, the failed to thrive, and in 1923 it was disbanded. Plans were then made to convert the property into a nine-hole university golf course. This idea was discarded, but the university wisely retained ownership of the former farm.

With the demise of the , the focus of athletic activity moved back on campus. Since at least 1916 plans had been made for improved outdoor athletic facilities on the university farm. Although preliminary planning began that year, the project was shelved during the First World War. By November 1920, however, the school was able to begin work on a baseball field with bleachers west of the future Taft Gymnasium. Students assisted in the early part of the project. Later, a football field with a 198-foot section of bleachers was constructed in time for the fall 1922 football season. Students again worked on the facilities, this time with 25 helping to construct the bleachers. The following spring, a cinder track was added around the gridiron and ground was being leveled for a tennis court. The university’s athletic fields were located on this site until just after World War Two.

Use of the west campus area for athletic purposes ceased at war’s end. The G.I. Bill allowed many students to attend college, and enrollment at Northern soared. To house these new students, many of them married, several trailer parks were established on campus, including one on the athletic fields. Fortunately at this time, the citizens of Ada were considering ways to memorialize their local servicemen. Their decision was the current with its stadium. Northern arranged to use the stadium in return for assistance in maintaining the facility. This mutually beneficial arrangement lasted from 1947 to September 2004 when the present Dial-Roberson Stadium was opened on ONU’s west campus. 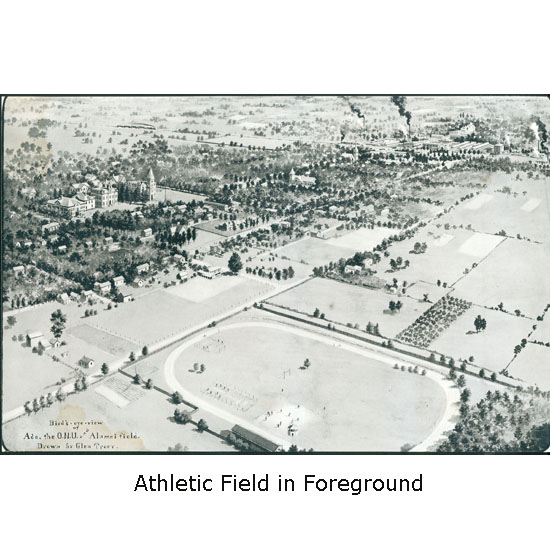 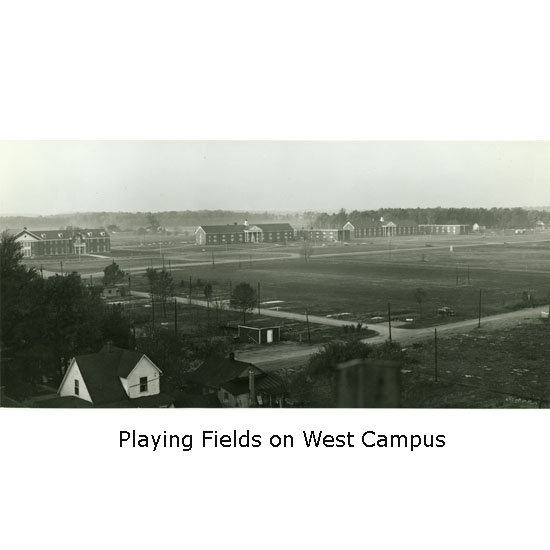 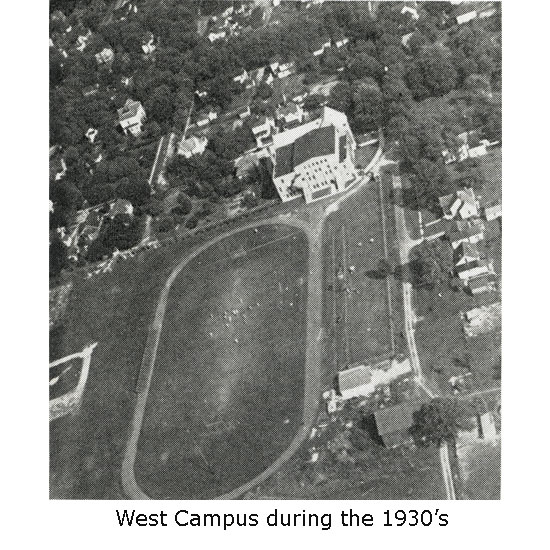 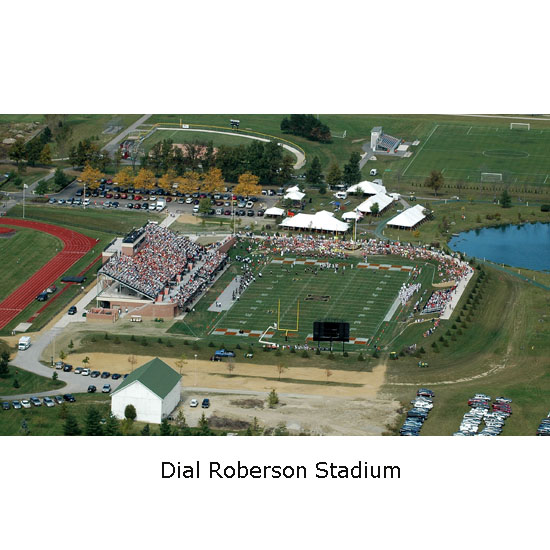