Brookhart Hall, the east wing of Lima Hall, was named in honor of Edgar J. Brookhart, ONU alumnus, university trustee and businessman. In February 1966, the A.E. Knowlton Construction Company of Columbus, Ohio.  was named as contractor for Brookhart Hall, and what was eventually known as Park Hall. The heating sub-contractor was Bougham Brothers, Inc., and the electrical sub-contractor was Reynolds Electric, both of Lima, Ohio.

In the attractive little City of Celina, the judicial center of Mercer County, are two substantial established and well ordered insurance corporations that have contributed definitely to the prestige of Ohio in this special and important field of business enterprise. Each of these corporations, the National Mutual Insurance Company and the Celina Mutual Casualty Company, Edgar J. Brookhart is the efficient secretary, and his progressive administration in this connection has been potent in the development of the business for each of the companies.

Mr. Brookhart, who is a lawyer by profession but whose time is now largely demanded by his executive duties as secretary of the two insurance corporations, was born, and reared in Mercer County, the date of his nativity having been August 8, 1881, and he is a son of Jacob C. and Sarah M. (Upton) Brookhart.

He graduated from the Mendon High School in Mendon county, and thereafter completed a course in the law department of Ohio Northern University at Ada, in which he was graduated as a member of the class of 1903. After thus receiving his degree of Bachelor of Laws he was admitted to the bar of his native state and engaged in the practice of law at Celina. He made a record of successful professional achievement, and also served for some time as referee in bankruptcy.

In 1914 Mr. Brookhart directed his energies to the organizing of the National Mutual Insurance Company, of which he has since continued as the secretary, and in February, 1920, he organized also the Celina Mutual Casualty Company, of which likewise he is the secretary. The National Mutual Insurance Company, offering fire insurance indemnity along general lines, was organized, September 4, 1914, and has had a "safe, sound and steady growth." Its total admitted cash assets as shown in its eighteenth semi-annual statement, December 31, 1923, are $347,638.64, and its total liabilities are given as $220,215.19. The company carries full legal reserves, and its record has been one of splendid growth.

The personnel of the official corps of this company are as designated: O.F. Rentzsch, president; A.W. Parsons, vice president; D.M. Brookhart, treasurer; and E. J. Brookhart, secretary. The directorate includes these officers and one other member, Charles Montgomery, assistant secretary and treasurer. The Celina Mutual Casualty Company, whose functions include full insurance coverage on automobiles, was organized February 23, 1920, and this corporation likewise has demonstrated in its service its worthiness as touching public support, with the result that is already substantial business shows a constantly cumulative tendency. Its statement of December 31, 1923, gives its total admitted cash assets as $152,699.53, and its net cash surplus as $11,833.77. The executive officers of the company are the same as those of the National Mutual Insurance Company, but F.U. Brookhart is the one other member of the Board of Directors. Mr. Brookhart represents his companies as a member of the National Association of Mutual Insurance Companies, the Federation of Mutual Fire Insurance Companies, and the National Association of Mutual Automotive Insurance Companies. Of the last named association, Mr. Brookhart was the organizer and the first president.

In the time-honored Masonic fraternity Mr. Brookhart has received the thirty-second degree of the Scottish Rite, besides being a Noble of the Mystic Shrine, and in his connection with the great fraternity he is serving (1924) as district lecturer of the Fourth Ohio District. He is vice president of the Kiwanis Club of Celina, is a member and national councilor of the United States Chamber of Commerce, is secretary of the Board of Trustees of Ohio Northern University, is an active member of the North Shore Golf Club, and at Celina he and his wife are members of St. Paul's Methodist Episcopal Church. Mrs. Brookhart, a popular leader in social and cultural circles in her home community, took both classical and musical courses in Ohio Northern University, and in Celina she has membership in the Alturian Club, the Community Club and the 1914 Club. December 25, 1902, recorded the marriage of Mr. Brookhart and Miss Dora Montgomery, daughter of Dr. West Montgomery, a leading physician and surgeon at Ada, Ohio. 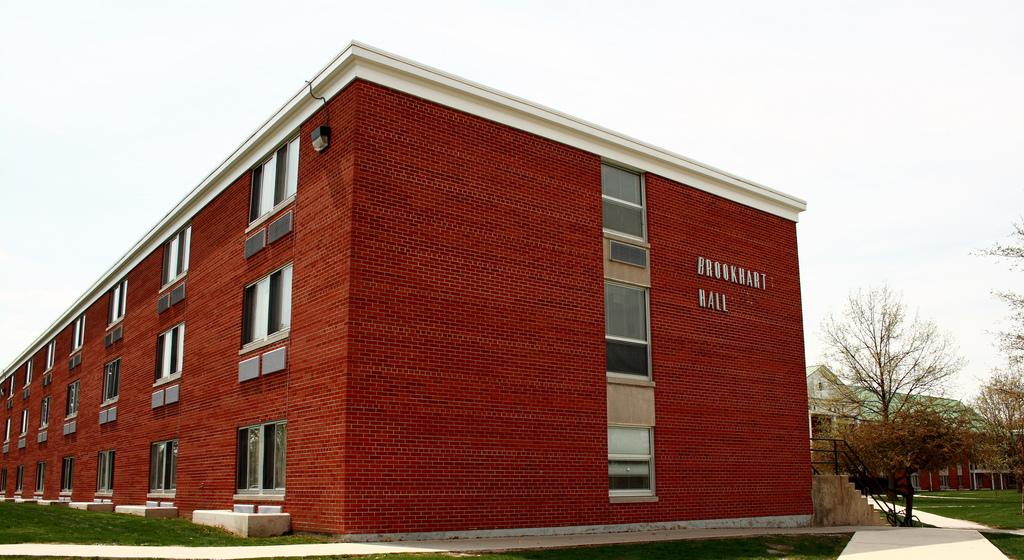