The Debow and for the Performing Arts was named in honor of the university’s ninth president and his wife.

In the university’s early history, public performances had been held in Brown Memorial and in the literary society halls in . From 1915 on, Lehr Memorial, with its spacious auditorium, hosted such activities, but by the 1980’s Lehr had become crowded and out-of-date.

In late 1985 planning was begun to renovate and expand Lehr auditorium into a modern 500 seat theater.  Given the boundaries of the campus at the time, the concept made sense since the southern boundary of west campus stopped just behind and Founders Halls.

For many years, however, the university had been interested in purchasing additional property immediately to the south, and in 1989 120 acres were finally acquired. This, in turn, offered an improved site for a new performing arts facility. The preliminary plans had been made to renovate Lehr auditorium, were  abandoned, and ground was broken for the new building on .

Final plans for the performing arts center called for a 37,000-square-foot building with two main sections. The south part was designed as a classroom and office wing which could be operated separately from the balance of the center.  This academic wing also contains the studio for WONB, the campus radio station. The facility was designated the Smith Educational Wing in memory of the university’s third president, Dr. Albert Edwin Smith, and his wife. Dr. Smith’s daughter, Mrs. Rachel Huff, BA 1912, left the university a bequest in 1984 in memory of her parents.

The performing arts section contains the 550-seat Biggs Theater/ Concert Hall which was named for Dr. Eleanor H. Biggs, a former trustee and generous contributor to the project. The 120-seat studio theater was named in honor of John and Rea Stambaugh, supporters of the university for many years. Support facilities, such as a scene shop, costume shop, and practice rooms, were also included.

Despite initial weather-related delays, construction proceeded on schedule during 1990 and 1991. On , a "topping off" ceremony was held to mark the conclusion of major construction on the center. Much work remained to be done, however, and it was not until March of 1991 that the communication arts department was able to move into the classroom section. A gala grand opening was held during which the building was dedicated as the DeBow and for the Performing Arts. The new center was the first building on campus to be constructed specifically for the performing arts.

Dr. Freed served as dean of from 1969 to 1974 when he was selected as president of , . At Monmouth, the Freeds were active in campus and community activities. Under President Freed, enrollment stabilized, and an increased sense of community was evident. For her part, Mrs. Freed served as president of the local Community Concert Association for several years and was active in church affairs. Their departure was noted with regret, in the college's student newspaper, along with the improvements that occurred during his istration.

While Pres. Freed was at Northern was undergoing the brief and troubled istration of Pres. Ray B. Loeschner. Following Dr. Loeschner’s July 31 resignation, Dr. Harold A. Bolz , formerly dean of ’s , agreed to serve as interim president. A search committee was formed to choose a new president, and at a special meeting on , the board of trustees selected Dr. , 54, as 's ninth president. He was installed that October, and Dr. Bolz remained on campus until Christmas to assist his successor.

As the 1990's drew to a close, rumors began to circulate about President Freed's possible retirement. These were confirmed during the summer of 1998 when he officially announced his decision to step down at the end of the next academic year. An extensive recruiting committee was organized to seek a replacement, and in summer 1999 Dr. Kendall Baker, President of the University of North Dakota at was chosen to succeed President Freed starting . At the close of the 1998-99 academic year , President and Mrs. Freed were honored at a picnic in April and, appropriately enough, a musical performance at the arts center.

Following past practice, President Freed was named president emeritus. He and Mrs. Freed continued to live in while Dr. Freed engaged in various university-related activities. In 2003, however, he returned to the academic world as ’s president, a post that he assumed on June 1 of that year. 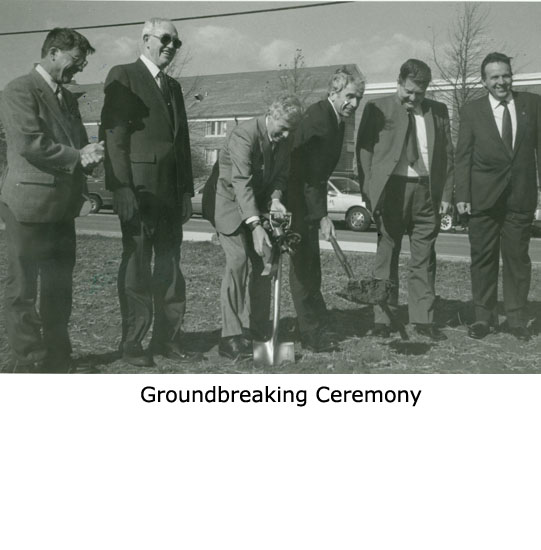 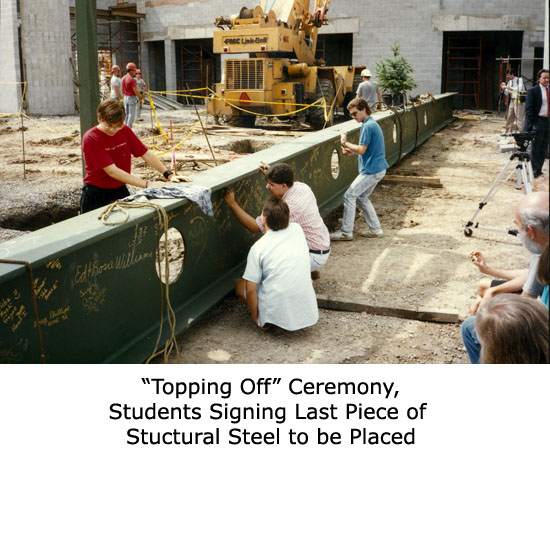 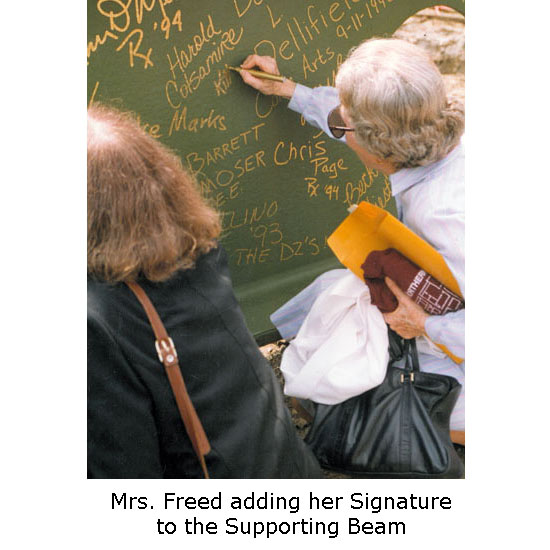 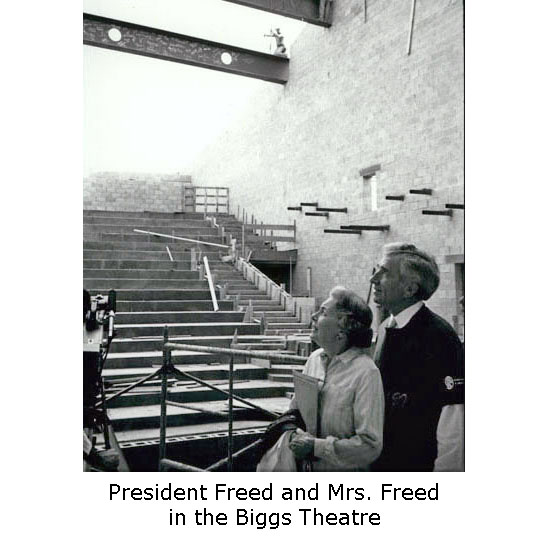 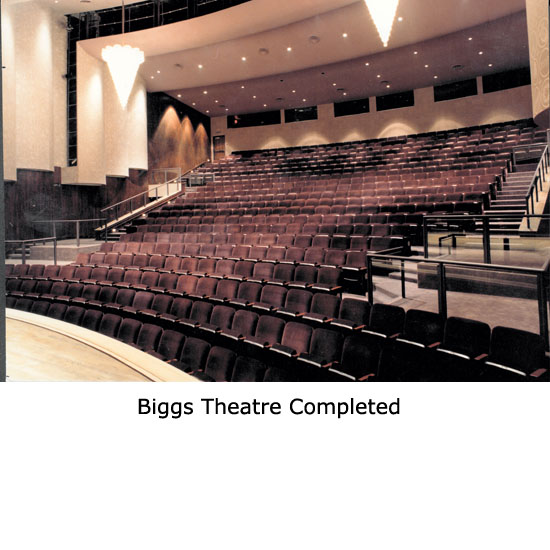