Shortly after it was announced that Lehr Memorial would be built, there was disagreement about the appropriate site for the structure. In 1911 Ohio Northern had established a and had acquired 50 acres west of the existing campus for the university’s farm. One party argued that the new structure should be built on this “new” campus. The traditionalists, however, felt that it should be constructed on the original campus along . The latter site would, however, require that the Normal School, the oldest and smallest building, be demolished. In May 1913, President Smith announced in chapel that the new building would be constructed on .

The contract was let in October 1913, and, despite the fire the following month, work had progressed sufficiently to allow the structure’s corner stone to be laid in May 1914. As a token of institutional continuity, the stone was carved from the stairs of the Normal School Building. At the corner stone laying ceremony, the principal speaker, Governor Frank Willis, himself a former student and faculty member, captured the spirit of the moment when he observed that  “The stepping stone of the old has become the cornerstone of the new.” Lehr Memorial was dedicated in May of the following year. The contractor was Charles P. Kircher, and the architect was Franklin Packard of .

Originally, the university administrative offices occupied the first floor rooms flanking the front entrance. The front section of the second floor contained the library while the law library was on the south side of the second floor.  The third floor housed five large classrooms and two private offices for the .

To the rear of the building a 1600 seat auditorium provided improved facilities for chapel services, theatrical and musical performances and lectures. The pipe organ in Brown Hall was relocated to the auditorium in 1915.

As funds became available, a total of ten memorial windows were added to the auditorium. In the mid 1980’s eight were transferred to the practice room in the rear of Presser Hall. Two, a window for Pres. Lehr and one for Pres. Smith, are in the Heterick Memorial Library.

In 1930 the library was moved to Brown Hall and the space vacated in Lehr was converted into a facility known as Alumnae Hall. The hall opened at commencement in 1930 was in use until Spring 1965. By that time, improved meeting space was available in the new student union. The old hall was converted into offices for the president and other university istrators.

As Northern’s chief venue for the performing arts, Lehr auditorium witnessed many notable performances over the years, and along the way, the auditorium itself underwent considerable changes. In 1953, the university library was moved to Presser Hall’s auditorium. Prior to that time, Presser had been used for both music and theater. The Speech and Theater Department was given Lehr Auditorium as a replacement, and to accommodate the needs of theatrical presentations, the original proscenium arch stage in Lehr was pushed forward. Although this involved the removal of several rows of seating, it gave the stage adequate depth. In 1957 the auditorium was renovated with a new ceiling, paint and a new organ.

Several alterations were made elsewhere in Lehr. In the mid 1960’s the Admissions Office was shifted from Lehr to the building immediately east of , now named Weber Hall. The Controller’s office on the first floor received a major renovation in 1974.

In late 1985 planning was begun to renovate and expand Lehr auditorium into a modern 500 seat theater.  This scheme was later abandoned when the university purchased a 120 acre parcel of land southwest of the existing campus, thus  providing space for the current for the Performing Arts. The last performance in Lehr Auditorium, In the Matter of Robert Oppenheimer  directed by Prof. Elizabeth Roberts, was given on . It brought to an end 76 years of entertainment in Lehr. That summer, the Communication Arts Department moved from their offices on Lehr’s third floor into the new . The space vacated was occupied by the Public Information Office and the Development Office.

Currently the auditorium is used for storage and student services offices. The north balcony has been converted to offices for V.P. of Financial Affairs while south balcony is occupied by the Alumni Office. The auditorium’s ground floor is home to the Personnel Office.

Lehr’s first floor houses the Controller’s office on south side of the main entrance with the  Registrar’s Office opposite on the north side. On the second floor the former Alumnae Hall has been rearranged for the President’s  office, the Vice President for Academic Affairs and related offices.

The life and times of Henry S. Lehr are recounted in detail in H.S. Lehr and His School (link here to online version) and his serialized memoirs (History of the ONU) 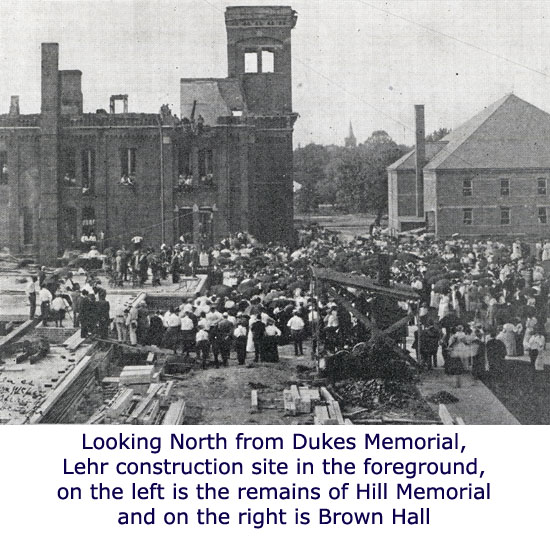 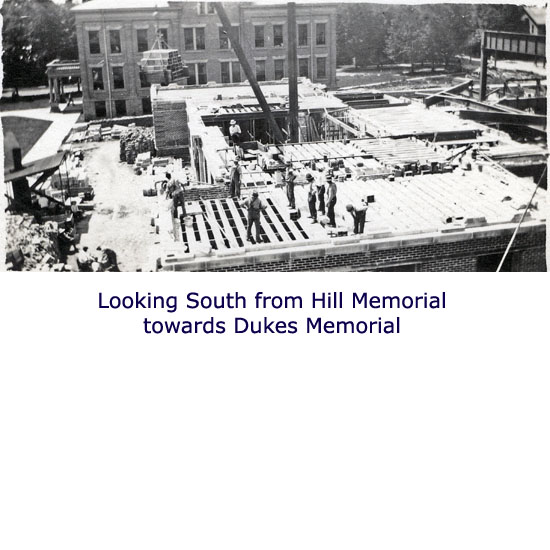 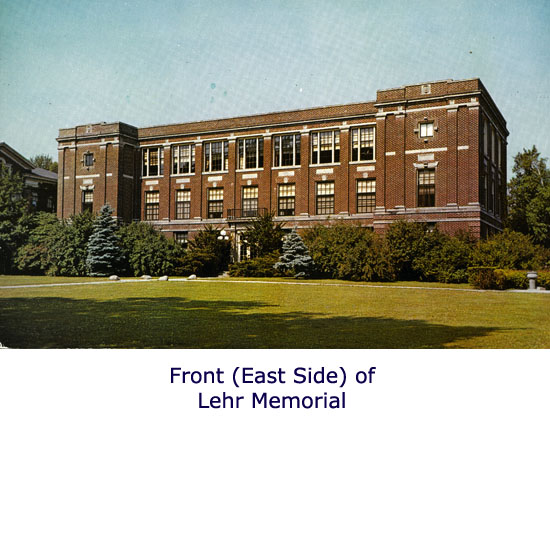 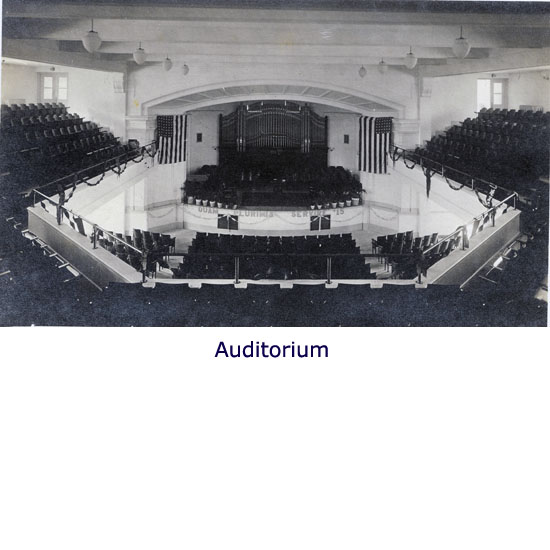 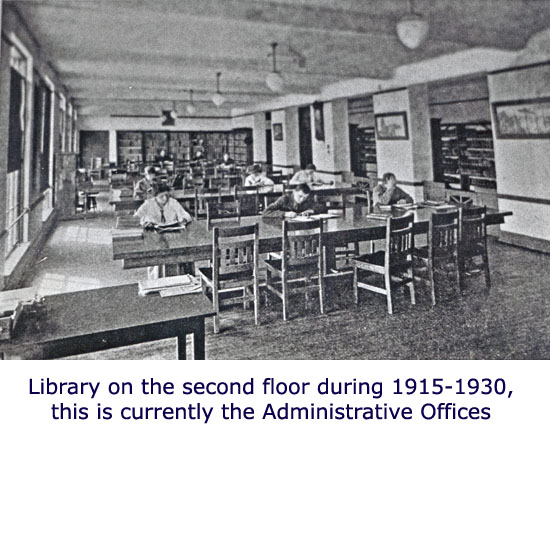